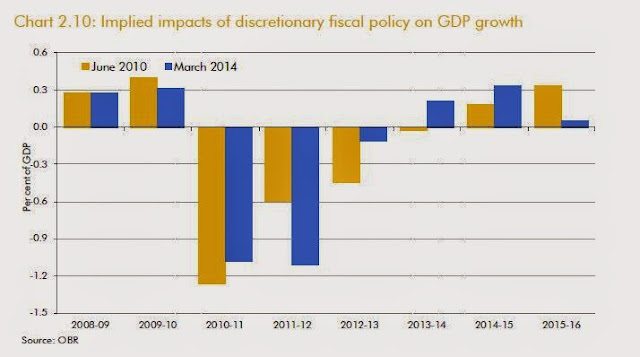 It really is very simple. George Osborne campaigned in 2010 that Labour’s plan to cut the deficit by half in five years was much too slow, and so began a much tougher austerity programme. More rapid deficit reduction was at the centre of that plan. But deficit reduction was allowed to slow from 2012. Why did the media not challenge Osborne on why this was happening? Why did it go along with the fiction that the plan was unchanged? The media has no problem asking Labour politicians to account for why they borrowed too much (allegedly), but when George Osborne borrows much more than he planned, having previously stressed the importance of cutting the deficit quickly, this suddenly becomes unimportant. Strange that.
Posted by Mainly Macro at 09:13