The anti-Corbyn militants have failed 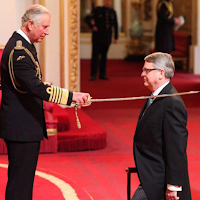 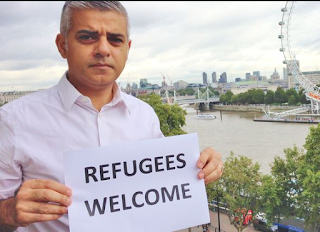 It was a day of contrasts. Labour MP Sadiq Khan was elected mayor of London, overcoming an openly Islamophobic campaign against him. The person who played a major part in putting together that Islamophobic campaign, Lynton Crosby, was knighted on the same day for services to the Conservative Party politics.

It was also the day after many council elections across the UK. As anyone familiar with mid-term elections will know, expectations are critical in how a result is received. In this case the agenda was set (because of their media access) by those within Labour who openly attack the new leadership. In this post I called them Labour’s new militant tendency, but anti-Corbynistas is simpler. The constant anti-Corbynista refrain is that this leadership is an electoral disaster. So when the council elections were not a disaster, they looked stupid and Labour ended up feeling better about the results than they should have done. (Despite open Conservative divisions over Europe and a clearly regressive budget, Labour only had a slight national lead over the Conservatives.)

You can of course be neither a Corbynista nor an anti-Corbynista, which is where I am, where Sadiq Khan is and I suspect the majority of Labour party members are. Khan nominated Corbyn for the leadership because he thought the left should have a voice, but he did not vote for him in the actual contest. Giving people a choice, and being prepared to accept when that choice goes against you, are part of democratic politics.

Returning to the council elections, this own goal by the anti-Corbyn militants is an illustration of how their strategy is flawed. As I explained here, constant high profile attacks on the Labour leadership from within just make it difficult for Labour party members to read the polls: are bad results because the leadership is poor or because it is under constant attack from within? That in turn just delays the very thing the anti-Corbynistas want, because it is only the party membership that can vote for a new leader.

At one point when I was writing that earlier post, I suddenly thought I was being stupid. The goal of many anti-Corbynistas is not to unseat the leadership as soon as possible, but to provide the momentum for a new centre-left party. You can see that very clearly in this article by Tim Bale. Those making that call know that time is not on their side, so there is a constant refrain of urgency. To quote Bale, MPs “are fast running out of options”, they are about to be deselected, the new leadership is tightening its grip on the party, and so on. I think in reality time has run out for those that want (one way or another) to override the views of Labour party members.

Naivety among anti-Corbynistas is only matched by the traditional left. Those who dismissed the antisemitism issue as just a ruse by anti-Corbynistas showed no awareness of the structural problem that Labour has, as both the party that is most critical of the current government of Israel and the party that many Muslims have taken a leading part in. Contrast Naz Shah’s genuine apology to Ken Livingstone’s incendiary remarks. Getting Shami Chakrabarti to lead an inquiry is an excellent start in dealing with that issue.

I think Nick Cohen is right that this is an example of a general tendency on the traditional left to divide the world into heroes and villains, and choose which side particular people or leaders are on by a dubious process of association. Within that framework any leader that opposes US imperialism gets most of the way into the good guys camp, whatever the nature of their regime. It is an approach to international relations worthy of a neocon.

This Labour leadership is generally as hopeless as the last in combating a generally hostile media. I have not heard a single Labour shadow minister or MP, in response to yet another question on antisemitism, counter attack with the nature of the Conservative campaign for London mayor. (As in ‘at least we are dealing with this issue. The Conservatives are continuing to run an Islamophobic campaign’.) It has to be prepared to learn the dark arts of political spin.

There is a great deal of progress that needs to be made before the Labour party is able to unseat what is one of the most incompetent, divisive and ideological UK governments. Good leadership is part of how that will be done, but it is not everything. The 2015 election was lost for Labour partly because Ed Miliband was not popular, but also because the party decided not to oppose the myth about the previous Labour government’s economic record. To help win in 2020 or 2025 the party needs to completely rethink how it appeals to the electorate while facing a hostile environment. How it deals with widespread antagonism towards immigration. How it takes on the SNP. How it handles the financial sector. How it shifts the economic debate away from deficits to the issues that really matter. With so much to do, fixating about a leadership when there is currently little you can do about it and there is no proven alternative is just a waste of time that only benefits the current government.