My recent posts on the Eurozone and German attitudes have attracted a lot of hostile comments, and generated a lively debate. Sometimes I feel the debate is skating on the thin ice of national stereotypes, and occasionally the ice breaks. Some people just plunge straight in! For more debate on the desirability or otherwise of fiscal union, which I hope does not fall into that trap, there is an interesting discussion of various proposals by Yanis Varoufakis and James Galbraith at OpenDemocracy, plus two responses from myself and Frances Coppola.

Another clash between nations is described in Ed Conway’s account of the Bretton Woods summit that created the IMF, World Bank and the post-war international macroeconomic framework that lasted until 1971. I must admit my preconceptions about the impossibility of making macroeconomics fun to read about have been thoroughly shattered over the last year. First there was Tim Harford’s guide to macroeconomics that I talked about here, and now a book about a three week conference discussing macroeconomic institutions and exchange rate regimes that manages to be a great read. Admittedly this particular conference had as it central characters two intriguing individuals: Keynes I knew about of course (although I felt I learnt a lot more here), but Harry Dexter White, the maybe spy, I did not. If you think I’m biased because I’m a macroeconomist, read Peter Preston’s review here. 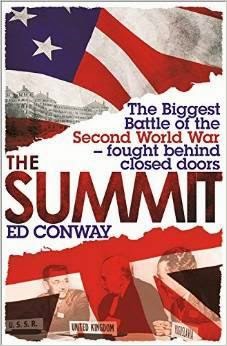 There are numerous little surprises. I had not realised how, perhaps because of the war, economists were often central in international negotiations. James Meade writes at one point: “Ten years ago at Oxford I should never have dreamed that an economist could live in such a heaven of practical application of real economic analysis!”. Though the detail is fascinating, I was left wondering just how important the conference really was. Although it created both the IMF and World Bank, neither was actually that important in the decade that followed the war, and their eventual roles were rather different from that intended by the Bretton Woods agreement. I also wonder just how much the prosperity and stability of the Bretton Woods era was caused by that agreement.

What I think will surprise many is just how inconceivable an era of floating exchange rates was to those taking part in that conference, Keynes included. Of course the debate over fixed versus floating will never end: some might argue that the demise of Bretton Woods in the early 1970s sowed the seeds of subsequent financial instability, but the current troubles of the Eurozone also remind us of the dangers of fixing exchange rates. One clear impression I got from the book is that when exchange rates are fixed, the creditor nation (or nations) call the shots. This was evident in the asymmetric influence of White versus Keynes in their various negotiations, and it helped me understand more clearly just why the influence of Germany is so strong within the Eurozone right now.