The Budget and Health Care

The reasons for substantially increasing current spending on the NHS and social care are obvious. Here is some data. The first is from the OECD on UK spending on health over a long period as a share of GDP (source). 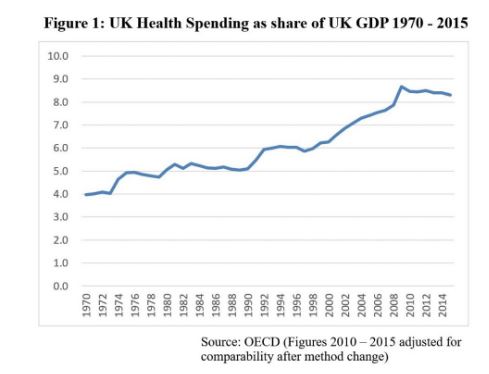 One area of health spending that has been particularly hit in the recent past has been spending on social care by local authorities (source). 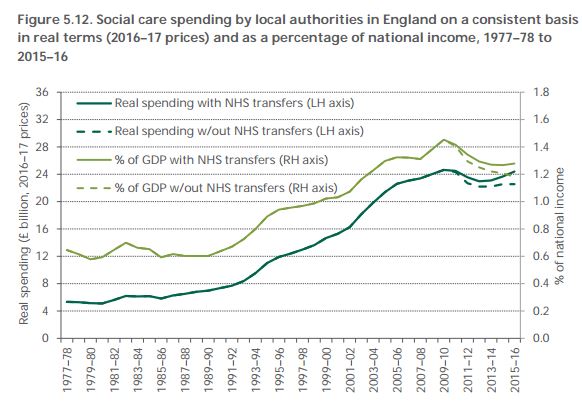 It is in areas like this that I get so frustrated with TV journalism. I have seen countless segments or interviews on what is causing the current crisis in the NHS and health care, but I do not remember ever seeing graphs like this. Is there an unwritten understanding in the TV networks that people cannot read graphs?

The outlook for the next five years for total health spending is further falls relative to total GDP (source). 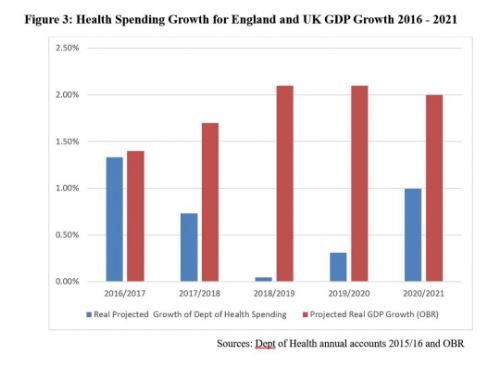 This increase in spending should be permanent and financed by a permanent increase in taxes. As such a specific tax funded increase in spending would be popular, it seems sensible to do it that way. Given the current crisis in the NHS, if this is not done in the budget we either have to downgrade our assessment of the morality of our current rulers still further, or assume they really do have an ulterior motive in running the NHS into the ground.

What would be the macroeconomic effect of such a policy change? You might expect a permanent tax financed increase in spending to have no effect. Taxes would rise by an equal amount to the extra government spending, and knowing this was permanent consumers would reduce their spending by the full amount of the tax cut. So private spending falls to offset additional public spending.

There are two reasons for thinking that would not be the full story. First, consumers initially appear not to fully adjust consumption to a tax change, even when that tax change is perceived as permanent. This is quite rational if they hold precautionary savings, and wish these savings to adjust to be a constant share of post-tax income. As a result there might be a short term boost to activity from a tax financed spending increase. This could be amplified, of course, if the tax increase was delayed for a year or two. As interest rates are still at their lower bound, such a boost to activity would be welcome.

Second, spending on health care is likely to be less import intensive than the private consumption spending it replaces. This would give a permanent boost to GDP and permanently reduce the current account deficit. Now both these effects might lead to an offsetting exchange rate appreciation, but the consequent reduction in inflation and boost to real incomes that this appreciation brings would not be unwelcome given the impact of Brexit.

Three final points that I hope are obvious. First these beneficial macro effects are incidental in the sense they are not required to justify the spending increase. The case for additional spending on health care financed by higher taxes is overwhelming on its own terms. Second, this is additional to the large increase in public investment, financed by borrowing, that should be underway right now. The changes in this direction in the Autumn Statement were an order of magnitude too small. Third, the second biggest threat to the NHS right now after lack of money are staff shortages. As an important source of staff is the EU, the government seems to be doing everything it can to make things more difficult.
Posted by Mainly Macro at 08:48