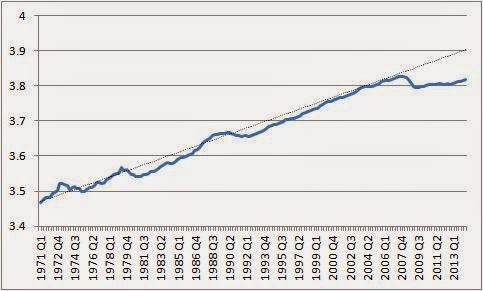 Postscript 13/11/14. To reinforce my point about inequality and Labour, here is an extract from Miliband's speech at the Senate House today: "Now I have heard some people say they don’t know what we stand for. So let me take the opportunity today to spell it out in the simplest of terms. It is what I stood for when I won the leadership of this party. And it is what I stand for today. This country is too unequal. And we need to change it." It will be interesting to see how this rather important statement is reported.
Posted by Mainly Macro at 13:53