Buses are about redistribution, productivity and a greener future 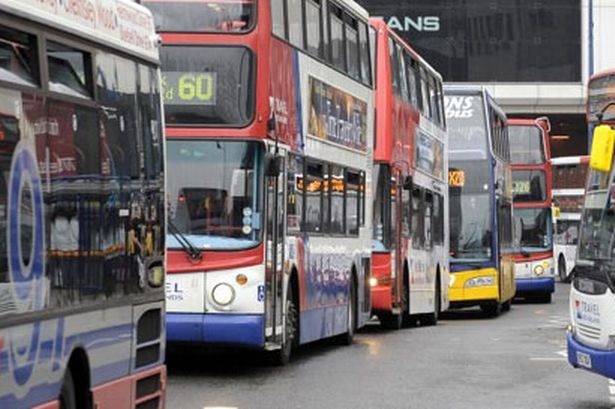 Labour’s policy for buses is a key part of reversing the impact of neoliberalism on transport since the 1980s. It is redistributive: it helps those who cannot afford to drive to work. Nearly half of all bus journeys are taken by those who have no car, and two thirds of those who travel on buses have an annual income below £25,000 per annum. But it is also a brave policy. By far the most popular mode of transport is by car (or van), and the policy will be portrayed by opponents as putting road building at risk. .

The money recently promised by Labour will mainly go to undoing another impact of austerity. Outside London fares on commercial routes are set by bus operators. Local authorities can provide subsidies for routes that are socially important but not commercially viable. Local authority-supported services outside London have halved in vehicle mileage since 2009 as austerity has squeezed local authority budgets.

But Labour also plan to change the way buses are run outside London. Bus operation was privatised by Mrs Thatcher in 1986. Yet privatisation has in most cases failed to bring the benefits of competition. Largely as a result of a long-term process of consolidation through merger and acquisition, the UK bus industry is highly concentrated with three businesses (Arriva, FirstGroup, and Stagecoach) dominating the sector. Head-to-head competition between operators is uncommon, producing what is effectively a monopoly.

The market failure in this case may be the ability of a large bus operator to stifle any competition by temporarily cutting prices or increasing frequency. That makes the routes unprofitable for a time for the large bus company, but it is also unprofitable for the new entrant. As the financial resources available to the big company are much greater, they have the ability to kill off or take over any competition.There is no regulator preventing this kind of unfair competition.

With new entry unlikely to happen because of the possibility of such threats, the large bus companies can do what every unregulated monopoly does: raise fares and reduce services. That is good for profits and dividends, but bad for passengers. The large bus companies make good profits, and the passenger gets a more expensive or less frequent service. Since 2009, for example, the average price of riding a bus has increased in real terms by over 15%, while the cost of using a car in real terms has hardly changed.

There is a vicious circle here. The cost of running a bus is largely independent of how many people use it, so if usage declines firms put prices up, which in turn discourages passengers. But one important area has seen bus use rise rather than decline, and that is London.

The system in London is rather different from the rest of the country. Contrary to common belief, Transport for London does not own its buses. What it can do that local authorities elsewhere cannot is set routes and fares, with private companies bidding to run each route. That avoids the high fares that come from monopoly, and it also makes it easy to establish a common ticketing system which is absent in places like Manchester. The system used in many European countries for their bus services is similar to London. An important advantage London has is that there is effective competition between bus companies to bid for tenders on routes, which helps keep costs down and maintains efficiency that might be lost in a completely nationalised system.

The success of London compared to most other areas of the country suggests the neoliberal ideal of a bus system free from government ‘interference’ does not work, and local control over routes and fares can provide a better service. It is a classic example of where economics, which recognises the social costs of monopoly, beats a neoliberal ideology that is often blind to the dangers of monopoly. This is why Labour also plan to encourage areas outside London to re-regulate bus services, and support the creation of municipal bus companies that are publicly run.

While a comparison between London and elsewhere shows the dangers of private monopolies charging too high a price for services, is there not a danger that if local government can set fares it will tend to set fares too low? I don’t think this is likely to be a major issue because of two other problems (what economists call externalities) with a profit-based bus service. If people use many cars rather than a single bus this increases congestion and pollution.

Anyone familiar with large towns and cities during rush hour will know what a nightmare congestion can be. Buses can reduce congestion by persuading people not to use their cars. Basic economics tells us that the congestion externality justifies subsidising bus travel or taxing cars. Exactly the same point applies to CO2 emissions and pollution. In this respect underpricing bus travel can be advantageous.

Unfortunately the experience of UK cities suggest that cheap fares alone may not be enough to prevent congestion. In addition congestion outside London may be having a serious impact on the productivity of our cities, as well as increasing pollution and CO2 emissions.

Tom Forth writes about a recent study that starts with a puzzle. In many countries large cities tend to be more productive than small cities, and economists explain this by talking about agglomeration effects. However this pattern does not seem to be true for the UK if you exclude London. Another way of putting the same point is that UK cities outside London are not as productive as they should be.

The study then looks at transport times to the centre of Birmingham, where the transport system is mainly based on buses. At peak times, when congestion is high, bus journey times into work can double on bad days, and anyone using a bus route has to plan for bad days. So if we think about the effective size of Birmingham in terms of a reasonable time to get to the centre, the city shrinks substantially.

This study shows that as long as cars are free to come into the centre those travelling on buses also suffer. Birmingham is using this study to target investment in bus lanes, which provides a partial answer. Park and ride schemes can help too. Another approach is to again follow London and introduce a congestion charge, but this will only be politically feasible if alternatives are easy, cheap, frequent and reliable.

If we look at cities in France, the big difference with UK cities is metros. Lyon has 4 lines, while Lille and Marseille have two lines each. Birmingham and Manchester have none. Last week I visited the French city of Rennes, population 215,000, that has one metro and is building another. Manchester has a good tram network similar to Lyon, but Birmingham has just one and Leeds none (compared to three in Marseille and two in Lille).

In short, cities outside London lack the transport infrastructure that can make them work productively, but also in a way that reduces CO2 emissions and other forms of pollution. One difference with France is how money is provided. In France every city larger than 100,000 people has a ten-year transport plan, with significant national investment in five-year allocations with ten-year strategies. In the UK cities are good at the strategies and visions but cannot secure funding to realise them.

Once you have well functioning cities you need to provide easy connections to nearby towns. Towns flourish when they are well connected to dynamic cities. Many will argue that this kind of local investment is money better spent than HS2, but I don’t think we should think of these as alternatives. Cities that link quickly to other cities are likely to be more productive, and France’s TGV network puts the UK to shame. The UK has underinvested in non-road transport infrastructure outside London for decades, and we need to make up for this quickly to create a more prosperous and greener future.