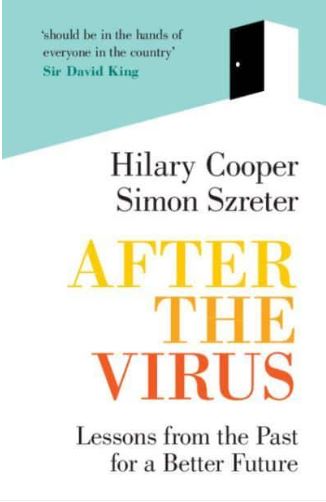 Our probable next Prime Minister has said that if another pandemic hit the UK, she would not authorise any lockdowns similar to those employed around the world against Covid before most people were vaccinated. She has also said that she argued for doing less around the cabinet table when lockdowns were discussed. If I could choose just one statement that exemplifies how far the current Conservative party and its leadership are living in a fantasy world, where things like science, truth and facts have been replaced by wish-fulfilment, I would choose this.

Both simple theory and state of the art analysis shows lockdowns imposed in the first year of the pandemic saved hundreds of thousands of lives in the UK. Covid spreads through social interaction, so the more you can reduce social interactions the smaller the number of people who will get the disease. Lockdowns, which involve telling everyone except essential workers to stay at home and supporting them to do so, obviously reduce social interactions. We also know that vaccines reduce both the chances of getting Covid and the chance of hospitalisation and death if you get it. It therefore follows that reducing the number of people getting Covid before vaccines are available by imposing lockdowns will save countless lives.

In the UK it was projections by Imperial College of half a million Covid deaths without lockdown measures, together with a breakdown in the NHS, that persuaded Johnson to abandon the policy of herd immunity. What is true in the UK is also true across the world, with researchers finding that millions more would have died if lockdowns had not been put in place. Epidemiological models also tell us that governments should lockdown quickly once TTI (test, trace and isolate) has failed to control a pandemic, and if they did that lockdowns could be shorter. Countries that were able to do that and impose tight border controls saw far less deaths and (because lockdowns lasted less time) economies were less affected by the pandemic.

This last point completely undercuts the typical excuse the government used to delay imposing lockdowns, which is that they didn’t want to hurt the economy. The idea that absent lockdowns an economy can carry on regardless during a pandemic was nonsense. As my own collaborative study on the economic costs of a pandemic showed more than 10 years before Covid, when infections and deaths are widespread people who are able to will lock themselves down, and consumption of most services drops like a stone. Much better for the state to intervene early to keep cases low.

Anti-lockdown, anti-mask Conservatives are not just ignoring the science on Covid [1], but they are ignoring the lessons on hundreds of years of human history about how you deal with pandemics. As Hilary Cooper and Simon Szreter show in a new book, the state has for the last five hundred years often intervened in drastic ways to try and stop the spread of pandemics. The authors point out that the Italian cities used quarantine measures, including detention of travellers, to help control against the plague: indeed the word quarantine comes from the Italian for forty days. Elizabethan England followed their example, raising local taxes for their equivalent of a furlough scheme.

As more began to be understood about how disease was transmitted, state authorities began to improve sanitation and hygiene. Costly large scale sanitation measures in English cities helped contain outbreaks of cholera. Hamburg, by contrast, decided this was all too costly, and as a result the city was the last significant casualty of cholera in 1892. When the misnamed Spanish Flu hit the US, different cities reacted in different ways. In Seattle there were meticulous restrictions on business activity, closing schools and churches and mask requirements, while little was done in Philadelphia. As a result, Seattle had one of the lowest death rates on the West Coast, while Philadelphia suffered one of the highest death rates in the US.

So why does Truss, along with many on the right in a number of countries, ignore all this? The amount of myth making about the pandemic, largely coming from the political right, has been incredible. Cooper and Szreter lay the blame at the door of the neoliberal project, although they do note that a similar retreat from collectivism occurred when Elizabethan Poor Laws were replaced by workhouses in the 19th century. Furthermore they persuasively argue that since 2010 there has been a concerted attempt to undermine the structure and principles of the NHS and social care by right wing politicians. The response of some of these politicians to the pandemic, with their ridiculous stress on ‘individual responsibility’, is symptomatic of their general attitude to collective health and care provision.

As regular readers will know, my own view is that we left the neoliberalism of Thatcher and Reagan behind with Brexit, and instead (under Conservative leadership) the UK now behaves as an authoritarian plutocracy with periodic elections. Brexit was not in the interests of most UK businesses, as the dire UK macroeconomic position and outlook testifies. It is why under Johnson we had endemic corruption from the top that became clear after the pandemic hit. But for the arguments of this book my distinction matters little, because our authoritarian plutocracy still subscribes to the anti-collectivism inherent in neoliberalism. What has changed is that anti-collectivism is no longer justified by saying corporations always know best, and instead it has become wealthy people who support the party (financially or through the media) know best.

Cooper and Szreter extend the argument that swift government action to control pandemics helps the economy to make a more general point. To quote: “British society - and its economy - has flourished most when it has embraced both universal social security and welfare as a legal entitlement of all citizens …” They argue that the UK has been most successful when it has embraced “collective individualism”: collectively funded support for all individuals so they can flourish as independent agents. But the book’s ambition goes well beyond documenting this and the problems that neoliberalism and recent Conservative led governments have caused. The second half of the book is a blueprint for a better future, covering ethical capitalism, progressive taxation, participatory politics, a sustainable future and more.

As UK society faces a perfect storm of crisis, mainly created by its political leaders who seem oblivious or indifferent to them, it’s great to read a thoughtful, well researched and clearly argued blueprint for a better future. I strongly recommend this book.

[1] A Daily Telegraph headline recently blamed current excess deaths on lockdowns! The right wing press and Conservative party exist in a mutually reinforcing fantasy world, where measures that saves lives are regarded as mistakes and as a result what is actually killing people goes unaddressed.