Is Eurozone Austerity Self Defeating, and is it all Germany's fault?

Suppose DeLong and Summers (full paper here) are right, and at the zero lower bound temporary fiscal stimulus leads to an eventual reduction in the debt to GDP ratio because of hysteresis. Does that mean that all this austerity in the Eurozone is counterproductive? This is the question raised by John McHale. Here is an attempt at an answer, followed by some more general remarks on European austerity. 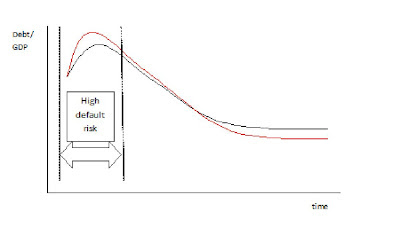