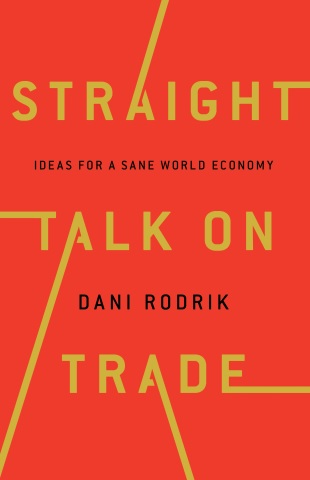 Dani Rodrik’s new book is a challenging read (in the good sense) for any liberal in the UK living through Brexit, or in the US contemplating whether Trump will destroy NAFTA. For example Chapter 2 starts with Theresa May’s statement about a citizen of the world is a citizen of nowhere, and the rest of the chapter is about how that statement contains an essential truth. Although Rodrik admits he himself looks like the perfect specimen of a global citizen, he argues convincingly that for most people the nation state represents their feelings of identity, of economic inequality, and provides their security (or not) after global shocks. Furthermore, he argues, that is how it should be.

His enemy in this Chapter is what he calls hyperglobalisation. To quote:

“We push markets beyond what their governance can support. We set global rules that defy the underlying diversity in needs and preferences. We downgrade the nation-state without compensating improvements in governance elsewhere. The failure lies at the heart of globalisation’s unaddressed ills as well as the decline in our democracies’ health”


The next chapter considers the Eurozone as a case study of failing to appreciate these points. He argues, as many economists do, that this means either a much fuller political union or abandoning the monetary union. My own view is that the latter will not happen, and the former should not happen for all the reasons he gives in the previous chapter. What I think needs to be explored is combining a monetary union with national autonomy over fiscal policy in such a way that both prevents bailouts, by allowing default when inevitable, and otherwise allows the ECB to act as a sovereign lender of last resort. Only if that fails can we conclude that that the Eurozone has to go to political union or different currencies.

Returning to this reader being challenged, in a chapter entitled ‘The Perils of Economic Consensus’ he writes:

“Even in the case of Brexit, where the weight of both evidence and theory predicts adverse economic results, economists would have been well advised to emphasize their uncertainty over their confidence.”


If we mean ‘well advised’ in the sense of being more convincing, I doubt very much if this is true. Here I am always reminded of debates I have often seen on TV between a climate change scientist and a climate change skeptic. The scientist typically expresses exactly the uncertainties in the way Rodrik suggests they should, while the skeptic on the other hand, who is normally not a scientist, seem totally confident in the views they express. Unfortunately most viewers of this debate are not scientists, and we know people are attracted to those who are confident and self assured. The contrast is between scientific and political discourse: here is another example. But given this, doesn’t the ‘be modest’ imperative need to be modified by context?

Of course one of the things Rodrik is best known for is in challenging the economists' consensus that trade agreements are always good, which I mentioned here and which he discusses in the book. As more and more economists are now realising, he was right to make that challenge. Perhaps the two perspectives can be reconciled as follows. The problem with the free trade advocates is that they were keeping quiet about known issues with their analysis because they thought it would give ammunition to ‘the other side’. As far as academic analysis of Brexit is concerned, and confining ourselves to the economic impact alone, I do not think the same applies.

There are plenty more challenges in the book to what often goes as established economic wisdom. For example he argues against the idea that development would be hindered by worrying about workers rights in developing countries. He argues that state or crony capitalism has in many cases been a successful route to economic development. But mainly there is a wealth of intelligent, informed and often enlightening discussion about routes to economic development, the power of ideas over interests, why current unrest has generally not benefited the left and so on and so on.

In that sense the title of the book is rather misleading. Although it is discussed a lot, this is hardly just a book about trade. Indeed the subtitle “Ideas for a sane world economy” conveys a better picture of what it is about. The book is based on a collection of articles written for Project Syndicate and elsewhere, and occasionally the joins show. But that feeling quickly gets lost in a wealth of stimulating arguments and ideas that I defy anyone to find dull. This is a fascinating book to read, and I cannot think of anyone who would not learn a great deal from reading it.