Cutting the Mail down to size: welcome to Scotland 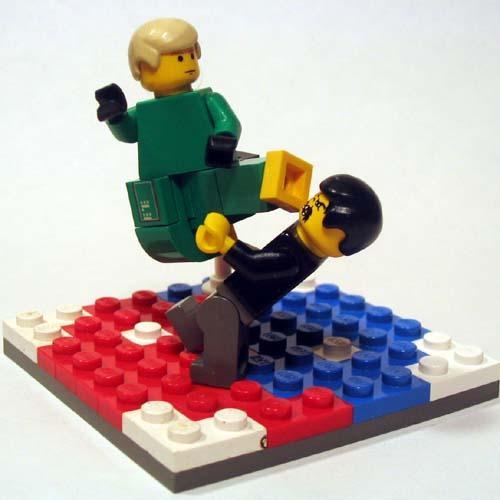 For non-UK readers who might be mystified by the picture above, some background. The Daily Mail, a UK newspaper that once supported Hitler and seems to be returning to those good old ways, recently called the three independent judges, who had just ruled that parliament should have a say on triggering Article 50 to leave to EU, “enemies of the people”. In response to this and their remorseless headlines pushing the idea of a migrant threat, a group called Stop Funding Hate asked advertisers to take their business away from the Mail. Lego appears to be their first success.

All the UK tabloids have Scottish editions, but there is one additional Scottish tabloid, the Daily Record. In Scotland the Daily Record has a little under a third of the daily tabloid market. The Scottish Sun has a little over a third. The Mail has only 15%. Contrast this with the rest of the UK, in which if I’ve done my sums right the Mail has a third of the market, the Sun has a third, and the rest is split between the Mirror, Star and Express. So in Scotland, unlike the rest of the UK, the Mail does not dominate the tabloid market.

But everyone knows Scotland is just more left wing and liberal, you might say. But you would be wrong. When social attitudes are measured, Scotland consistently comes out as looking very similar to the rest of the UK.

The idea that the media is just a mirror, reflecting the political attitudes of its readers, is a (dare I say cultivated) myth that falls apart the moment you think about it. It relies on the idea that if a paper does not reflect a reader’s political viewpoint, the reader will stop buying. But most people do not buy newspapers for the politics. Furthermore, the market is hardly flooded with alternatives. These facts give newspapers considerable agency to push their owners views. Of course there are limits to what a paper can do, and Murdoch in particular is very careful not to let his papers get too out of line with its readers, but within those limits they have considerable power. Why else do politicians spend so much of their precious time courting them, if they have no influence? As Murdoch said, when asked why he was so opposed to the EU: “That’s easy. When I go into Downing Street they do what I say; when I go to Brussels they take no notice.”

In the EU referendum we know how the Mail, Sun and Express became part of the Leave campaign. That means that only around 20% of the UK tabloid market argued to Remain. What is more, this 80% pushed their position in a way that can only be described as propaganda. Was this dominance just a reflection of readers views?!

In Scotland however the Daily Record argued for Remain, and the Scottish Sun sat on the fence. (Compare the Scottish Sun’s editorial to the one the rest of the UK saw.) That means that those arguing for Leave were in a slight minority in Scotland. But perhaps more importantly, readers obtained information from newspapers, not propaganda. As we know, Scotland voted by over 60% to stay in the EU.

I listened to this talk (text) by Nicola Sturgeon at SPERI a week ago. She argued, correctly in my view, that leaving the EU but staying in the single market was the obvious way forward after such a close vote. She says that not only did austerity cause significant economic damage, but it also hurt the very fabric of society. She talks about how a fairer society is also good for the economy. None of the leaders of the three other main parties could argue these points. And she argues all these things with calm authority. It is natural to ask why the UK as a whole does not have a political leader of this quality. Perhaps a more balanced tabloid press in Scotland is part of the answer, although there are no doubt many other reasons.

Of course Sturgeon and the SNP can attempt to deceive voters, as they did in the Scottish referendum when it came to the short term fiscal costs. Yet in Scotland newspapers, including the Sun, gave their readers both sides of the argument rather than feeding them propaganda. And Scotland voted to stay part of the UK. It was close, but so was the EU referendum vote in the UK. Whether people get facts or propaganda from their newspapers can make that difference.
Posted by Mainly Macro at 09:03