What does the ‘Stupid Woman’ saga tell us about the media 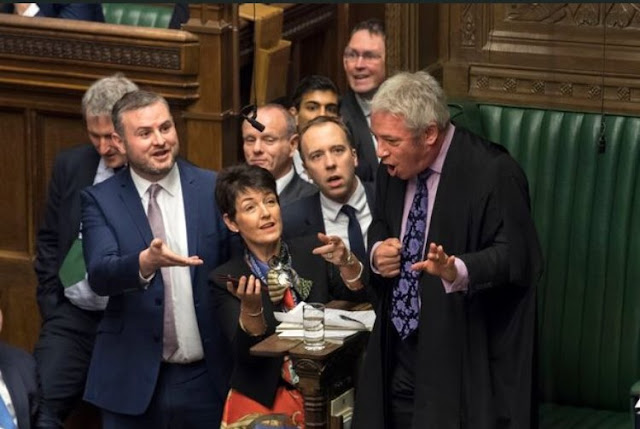 It was the middle of December 2018, with 100 days to go before the UK was due to leave the EU. Parliament was supposed to have had a ‘meaningful vote’ on the Withdrawal Agreement (WA) negotiated by the EU and Theresa May. If parliament failed to approve the WA and nothing else happened, the UK would exit with No Deal (ND) and economic and social chaos would follow. It was therefore vital that this vote took place to move things forward, but after days of debate the government ‘pulled’ the vote, which simply meant it didn’t happen. May now says it will happen in the second half of January.

There was no good reason to delay the vote. It was done because the government was certain it would lose. Much better, the executive decided, to play for time and hope that in January the prospect of ND would scare a few more MPs into voting for the WA. Few politicians have risked the future of their country in such a major way just to try and win a vote, but that was not all. The government also approved billions in spending to prepare for ND. Billions that might not have needed spending if the government had allowed a vote, and MPs had subsequently agreed some way through this impasse.

The leader of the opposition was understandably furious about this delay. Corbyn accused Theresa May of "running down the clock" on alternatives to her Brexit deal by seeking assurances from the EU that she knew she would not get. He attacked May for a criminal waste of money simply designed to "make her own bad deal look like the lesser of two evils". The government and Theresa May were on the ropes.

But then Conservative MPs suddenly found something they could unite about. One of them had thought they had seen Corbyn mouth the words ‘stupid woman’ after one of Theresa May’s replies. Conservative MPs implored the Speaker to do something about this ‘gross insult’ (see picture above). Corbyn was forced to return to the house, and claimed he had said ‘stupid people’.

If this sounds trivial to you relative to the state the country finds itself in as a result of the Prime Minister’s actions, you would of course be correct. But as far as most of the UK media were concerned, what Corbyn had actually said became the lead story of the day. Just try typing ‘stupid woman’ into Google. They employed lip readers to speculate on what he had said, or rather what he had said under his breath. Was Corbyn lying about what he had mouthed or not? It made great TV and great copy. Everyone could watch the video and make their mind up (although of course once you have a phrase in your head it is easy to see what you want to see).

I could not help being reminded of the US presidential elections and Clinton’s emails. The US broadcast media hardly talked about policy, or character, but mostly talked about Hillary Clinton using her personal email to do business while Secretary of State. As an issue it was trivial compared to the obvious flaws in Trump as a person, but it allowed Trump to repeat endlessly his phrase ‘crooked woman’. Perhaps if he had said ‘stupid woman’ things might have been different!

The eagerness of Conservative MPs to focus on what Corbyn didn’t say, which is clear in this wonderful photograph, reflects that they desperately wanted to change the subject away from what May had done. The UK broadcast media, with perhaps a single exception [1], took the bait. I think this tells us three interesting things about the values of political journalists in the broadcast media.

The first, and in some ways least interesting, is that this media is bias against Labour, and Jeremy Corbyn in particular. Least interesting because it is something academic studies have already shown pretty clearly. The second is that the media appear to have no sense of what is actually important. What Corbyn mouthed in parliament is totally trivial. May spending billions just because she was going to lose a vote is right at the top of things that are important.

How can the media focus on the trivial when there is something really important to talk about instead? This I think is the third point about what all this tells us about the values of political journalists in the broadcast media, and it in some way goes to explain the other two. UK political journalism is obsessed by parliament. So when lots of Conservative MPs get excited about something, it has to be the main story, even though it is obvious that the media is being played.

This third explains the first two to some extent [2]. The media is anti-Corbyn because most MPs are anti-Corbyn: many Labour MPs would rather have a different leader. The media’s sense of what is important is governed by what parliament thinks is important. So, for example, because neither of the main parties seem to care about scandals involving the Vote Leave campaign (too much spending, where the money came from), the BBC largely ignores it. Worse still, because key MPs are implicated in this scandal, the BBC in particular appears to take their side, as this piece by Peter Jukes sets out clearly. In many ways, therefore, the BBC in particular has become Parliament's Broadcasting Corporation.

[1] Channel 4 led with the real crisis, and discussed the incident about half way through their hour long 7pm bulletin.

[2] I emphasise the some. The research I linked to above suggested little bias in who appeared in the media at the end of the Labour government, but a clear Conservative bias subsequently. In other words the anti-Labour bias at the BBC is not just because the Conservatives have more MPs.